In 2017, households in the European Union (EU) spent 1.6% of their total consumption expenditure on alcoholic beverages. This represents a total expenditure of over €130 billion, equivalent to 0.9% of EU GDP or over €300 per EU inhabitant. It should be noted that this does not include alcoholic beverages paid for in restaurants and hotels.

At the opposite end of the scale, Spain (0.8%), Greece and Italy (both 0.9%) spent the lowest proportions of household spending on alcoholic beverages, ahead of Germany, Austria and Portugal (all 1.4%).

To our question what exactly was measured and if, for instance, in case of Estonia, the purchases of tourists were excluded, Eurostat explained following:

“Household final consumption expenditure, abbreviated as HFCE, consists of the total outlay on individual goods and services by resident households, including those sold at below-market prices. HCFE includes imputed expenditures or transactions which do not occur in monetary terms and can therefore not be measured directly.” 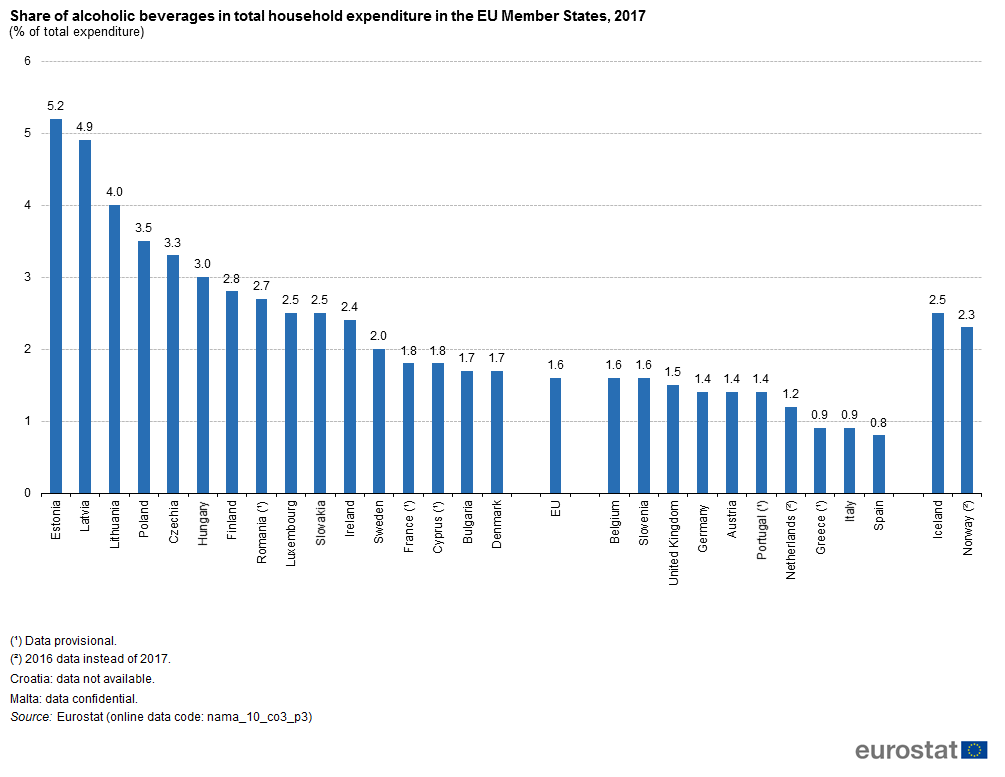 Share of expenditure on alcohol increased mainly in Romania and Portugal