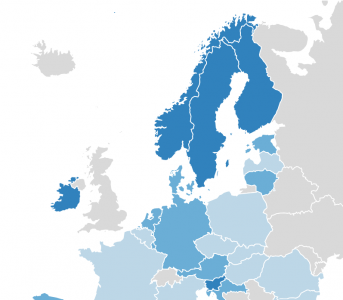 How many people die every year in Europe from a drug-related death? Are women and men affected equally? What substances are involved in these fatalities? These are some of the questions answered in the EMCDDA’s ‘Frequently asked questions (FAQs): drug overdose deaths in Europe’, published to mark International Overdose Awareness Day.

The European Drug Report 2021 describes how over 5 100 deaths, involving one or more illicit drug, were reported in the European Union in 2019. This estimate exceeds 5 700 deaths when Turkey and Norway are included. Most overdose deaths in Europe are linked to the use of opioids (heroin or synthetic opioids), although cocaine, other stimulant drugs and medicines also play a role. Effective preventive and response measures exist that would allow many of these deaths to be prevented. These include programmes providing take-home naloxone (the overdose reversal drug) and drug consumption facilities, which ensure a safer drug use environment.

The FAQs pull together the most recent data on drug-related deaths in Europe to raise awareness on the nature and scale of the problem. The resource also presents common risk factors for overdose as well as methodologies, references and links to further reading. New trends and developments are illustrated through a range of maps and graphics.

The FAQs also focus on two important areas: deaths relating to MDMA (ecstasy) and new psychoactive substances (NPS) across Europe. A recent review on MDMA-related deaths pointed to an increase in the number of these deaths in all countries participating in the study. A second review on NPS-related deaths found that one in six drug-related deaths in Europe involved an NPS in 2017.