Which is the best practice country when we think of alcohol policy and reducing alcohol consumption? Is it Norway, where alcohol availability is lowest in Europe or is it Italy where similar results have been reached with different influences? In both countries the per capita alcohol consumption is around 6 litres. Estonia, for instance, has it at 12 litres. So, which one should be an example to a small Baltic country which has long struggled with alcohol related harm?

As you may have heard Estonia is discussing about a new alcohol bill that would limit alcohol advertising and availability. The Ministry of Justice sent few weeks ago a letter to the Ministry of Social Affairs (the author of the bill) stating that Nordic countries are not best example for a country like Estonia. “Retail alcohol monopoly is the reason why Nordic countries and Estonia cannot be seen as similar examples when it comes to alcohol policy. The number of selling points in Estonia, Finland, Norway and Sweden cannot be compared, because Estonia has made a choice in favour of free enterprise. While Northern European countries have one of the toughest alcohol policies in Europe, it have´nt helped them reach their goals, but in Italy, on the other hand, where there are free market rules in alcohol trade, alcohol consumption has decreased for a long time.”

I will not stop longer to discuss Ministry of Justices subjective view on Nordic countries success in reaching (or not reaching) their goals in alcohol policy. But I will focus on the comparison of these two extremes – Nordics versus Italy. Nordic countries, Norway as the best example, are following WHO´s global strategies action plan by setting attention to price, availability and marketing. Nordic countries (Iceland, Norway, Sweden and Finland) have the special measure in monopoly systems which has reduced remarkably the availability of alcohol. But at the same time in Italy – it seems that policy measures have not played that important role, if at all. Wine, for instance, is not taxed at all. And still, during the last decades, Italy has experienced a serious decline in alcohol consumption. Which means they have reached very positive results without restrictive policy measures. Why should´nt we try to copy Italy, instead of Nordic countries?

Diving into Italian experience I have asked for comments from three distinguished Italian alcohol policy experts. Tiziana Codenotti is president of the European Alcohol Policy Alliance Eurocare, Ennio Palmesino is the delegate for European affairs for the European Mutual-Help Network for Alcohol Related Problems (EMNA) and professor Emanuele Scafato is the vice-president of European Federation of the Societies on Addiction. Our Italian experts are explaining that behind these developments in Italy are these specific keywords – wine culture associated with long lunches, globalisation and also alcohol policy. 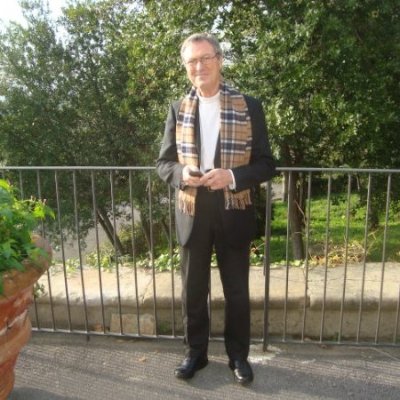 “The REAL mediterranean style was represented, 40-50 years ago, by people (mainly men) who used to drink huge volumes of wine every day, during every meal, 3-4 glasses for lunch and 4-5 glasses for dinner,” Ennio Plamesino explained the tradition of daily long lunches and dinners. “What happened in Italy afterwards, without any alcohol policy from the top, was globalisation. Which means living a hectic life, running the whole day and having very short time for lunch. The typical, slow-motion Italian lunch break disappeared, and so magically half of the daily consumption disappeared.”

The majority of reduction in Italian alcohol consumption is in wine drinking. Beer and spirits have played much smaller part over there anyway. “What we do not drink anymore for lunch, has not been replaced by evening drinking, which does not fit our traditions,” Palmesino added.

With a change in a daily lifestyle the wine consumption decreased drastically and was´nt replaced with anything else, at least not in most cases. This is the main change in Italian alcohol consumption.

The Nordic consumption model has been different. The choice of drinks has been either beer or spirits and not in the meal context but in the evening and during weekends. The end goal is too often drunkenness and way to get there – binge drinking. In Italy they drink different drinks, in different ways and with a different goal. It is illogical to hope that by trying to imitate Italian experience we could achieve similar results. It should be stressed once again that the change in Italy was´nt so much because of a certain intervention. Reminding Ennio Plamesinos explanation: “The typical, slow-motion Italian lunch break disappeared, and so magically half of the daily consumption disappeared.” 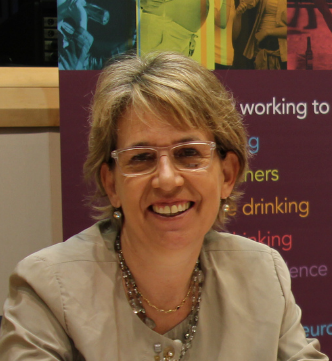 Tiziana Codenotti from Eurocare brings up the importance of alcohol treatment services that were started within the National Health Service in the beginning of eighties. “Before that people with alcohol related problems did not have any place to go. At the same time the multifamily communities of the Clubs of Alcoholic in Treatment and other self-help groups started their activities. The implementation of recovery programs necessarily implied abstinence or a major reduction in consumption for a great number of people,” Codenotti explained.

These family groups are especially effective in Italy thanks to tradition again. The importance of family and connection between different generations is clearly bigger in Italy than in Nordic countries, where is much higher percentage of single parent families for instance. According to Eurostat 2008 data in comparison of 27 European countries Latvia had the biggest portion of single parents, Estonia was on third place and Italy on 19th. As expected, Nordic countries were all in the first part of that list and southern-European countries in the latter part. We could dream that these interventions could be as effective in our societies but it does´nt seem to be logical again.

Codenotti does´nt agree also with a view that alcohol policy measures does´nt play any role in Italy. “Starting from 2001 when the first comprehensive law on alcohol was passed, many policy developments have happened, I am thinking of drink driving (0.50 long time ago, and the more recent “zero tolerance” for professional drivers and new drivers) or legal age limits for instance. I am fully aware that we do have a problem with policy enforcement, but at the same time these policy changes have contributed to raise awareness of the risks related to alcohol consumption in the general population.”

It is also important to note that even though wine is not taxed, other alcohol taxes in Italy are unique in one special way. In 2009 Rand Europe wrote a report “The affordability of alcoholic beverages in the European Union” to European Commission which among other things came to following conclusion: “The affordability of alcoholic beverages has increased in all countries examined, apart from Italy; that is, in nearly all countries examined alcohol has become more affordable over the last twelve years. In six countries (Lithuania, Estonia, Latvia, Finland, Slovakia and Ireland) affordability of alcohol increased by 50% or more.” http://ec.europa.eu/health/ph_determinants/life_style/alcohol/documents/alcohol_rand_en.pdf

Even though the consumption level has decreased significantly and there are more people in Italy who drink in moderation than in most countries in Europe, it does´nt mean that they dont have alcohol problems. Professor Emanuele Scafato states that there are 8 million heavy drinkers in Italy. “And among those there are 400 000 male harmful drinkers and more than 320 000 female harmful drinkers. Harmful drinkers and alcohol dependants are in need for treatment in order to stop harm progression.”

Italy is also facing a bigger problem than expected with alcohol related birth defects. According to 2011 study done in near Rome area Fetal Alcohol Spectrum Disorders (FASD) was found in 2.3% to 6.3% of the children. “These rates are substantially higher than previous estimates of FAS (Fetal Alcohol Syndrome) and overall FASD for the general populations of Western Europe and the U. S., and raise questions as to the total impact of FASD on mental deficit in mainstream populations of Western Europe and the United States where the majority are middle class and are not believed to be characterized by heavy episodic drinking,” researchers concluded. http://www.ncbi.nlm.nih.gov/pmc/articles/PMC3138028/

Our context (in Estonia) is much more similar to Northern countries (I´m including here also other Baltic nations, Russia and Great Britain) where binge drinking is much more common and getting drunk is often the desired end goal. Our nations drink in the evenings and during weekends. We tend to prefer beer and spirits.

Norway, also Iceland and Sweden, have managed to put a stop to this historical alcohol tradition. Of course, the problem is still there but through effective and evidence based alcohol policies a very different and violent alcohol consumption has been brought down to the lowest levels in Europe.